We separated some trends of A / W 20 for the stamping universe. The elements, colors and compositions that are inspiration for our creations.

Inspired by the 70s and 60s, vintage prints continue to influence current collections. The retro geometric shapes appear in autumnal tones, such as burnt yellow, avocado green and purple. The motifs can be in small and repetitive forms and with gradients of size. The logos appear subtly in the compositions, bringing identity and personality to the rapports.

Gucci P/F 20 has already dared in the contrasting geometric. With an intriguing aesthetic, he brought the minimalist motifs into elaborate compositions. Highlight for the colors: orange, white and purple.

The season brings folkloric classics combined with paisleys and romantic florals, resulting in an updated version of boho. The trend is eclectic, appearing in both fresh looks and heavier fabrics. The mix of motifs enchants and the color palette brings an autumnal air to the compositions. 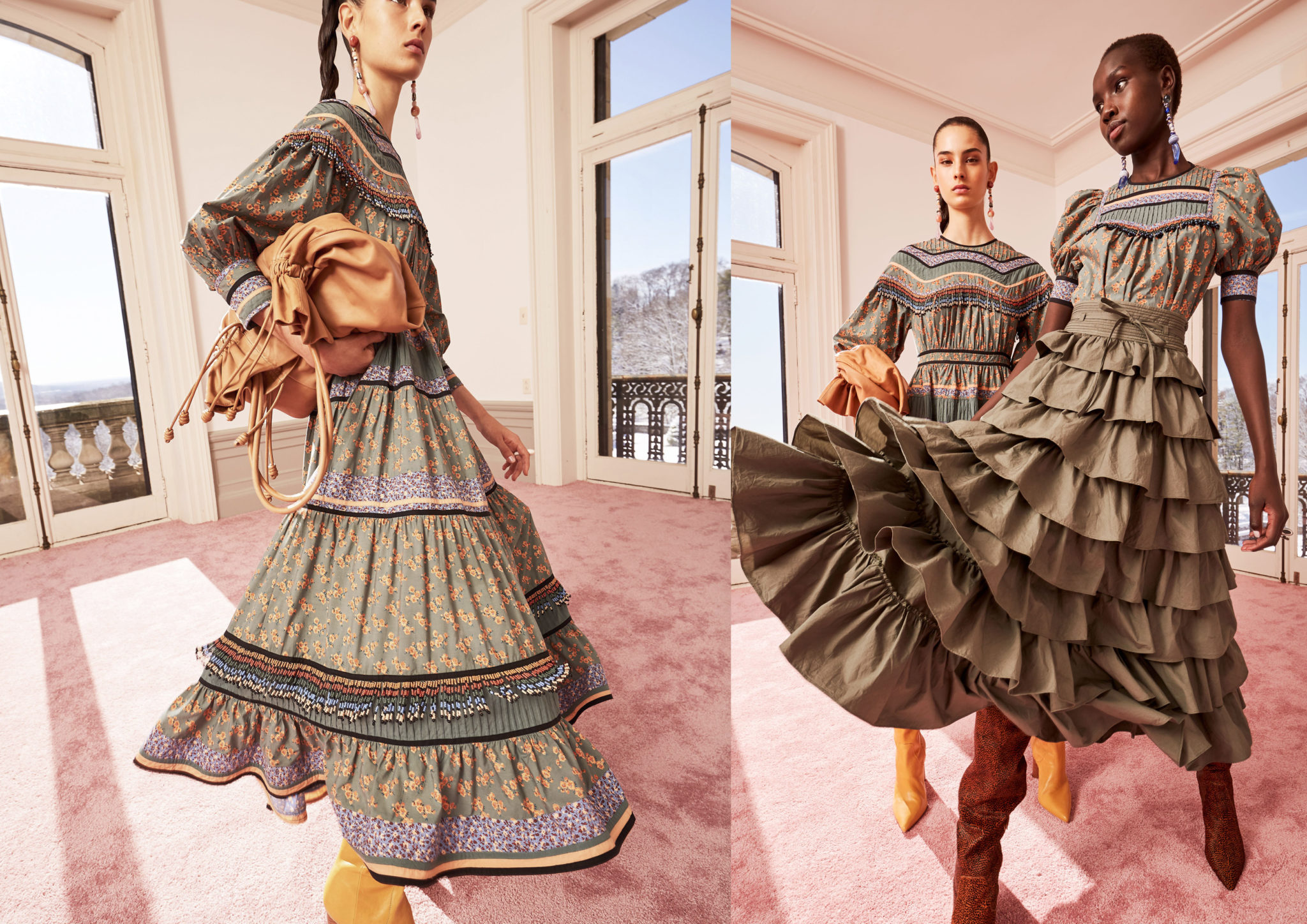 Ulla Johnson in P / F 20 brought the romantic and delicate micro florals. In a palette of soft tones with ocher, olive green and lilac presented this renewed boho aesthetic. 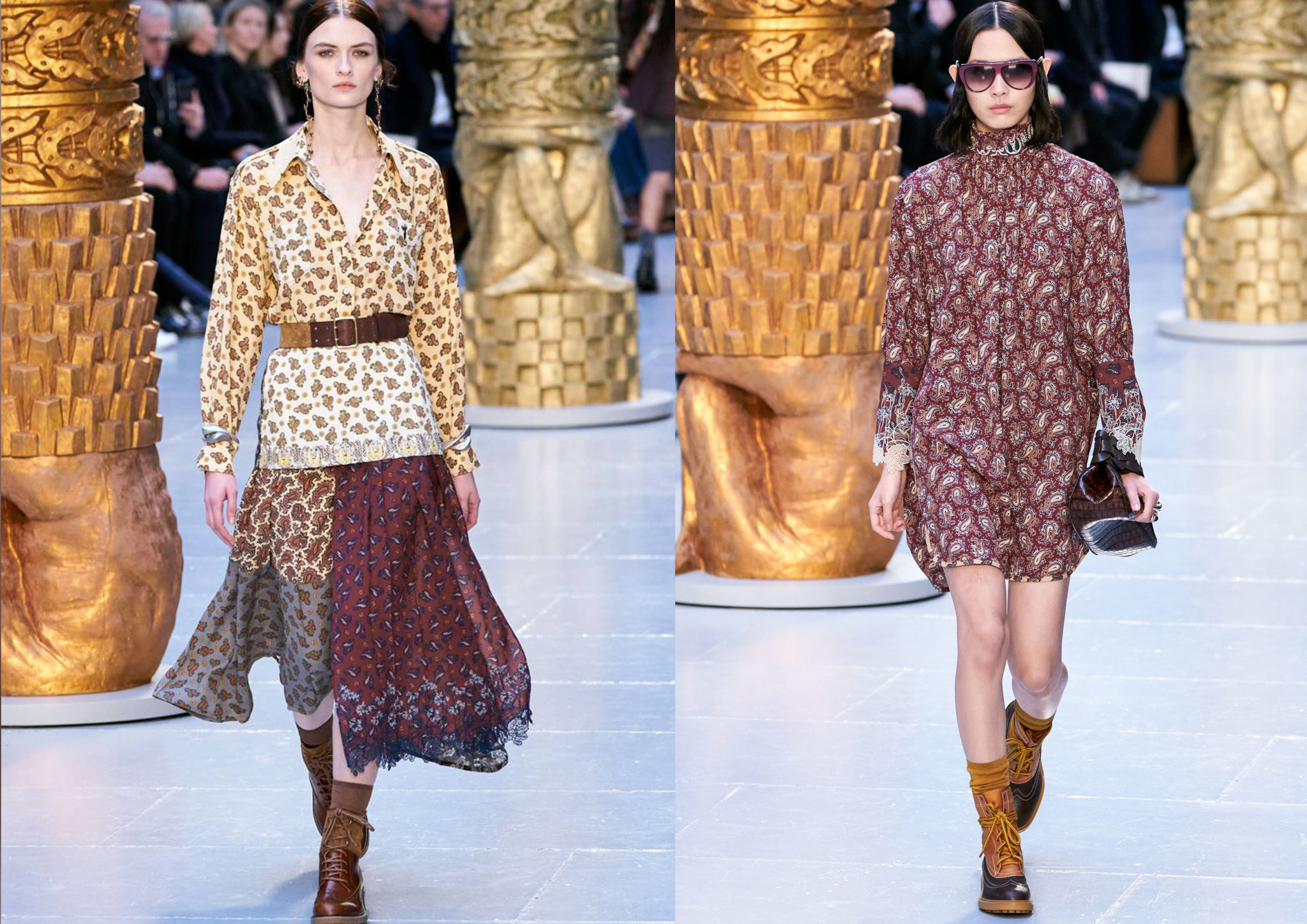 Chloé A/W 20 explored this trend with darker cutouts, bringing the autumn/winter air that the season calls for.

Trend that does not go out of fashion, the #AnimalPrint appeared renewed this fall.
Leaving aside the realistic animal print, the prints appear with an abstract footprint, developed from irregular movements and with a mixture of patterns. A fusion that goes from the micro to the maxi, without rules for the varied combinations of animal types.

With gradients, manual paintings and superimposed textures, the animal print is guaranteed space this season. The palette is composed of vivid colors, forming bold looks for the season.

Ulla Johnson in P/F 20 bet on layers with exotic patterns in warm tones.

Adeam P/F 20 bet on organic and multicolored shapes contrasting against the white background. The overlapping and mixing of sizes caused a harmonic effect to the Animal Print pattern.

This trend brings large and open floral motifs with a lot of detail in the lines, bringing a sophisticated air to the classic Chintz.

In realistic lines and sober tones, florals cover long dresses and skirts in flowing fabrics.
The backgrounds usually take on a stronger color, rising to the florals rich in details. 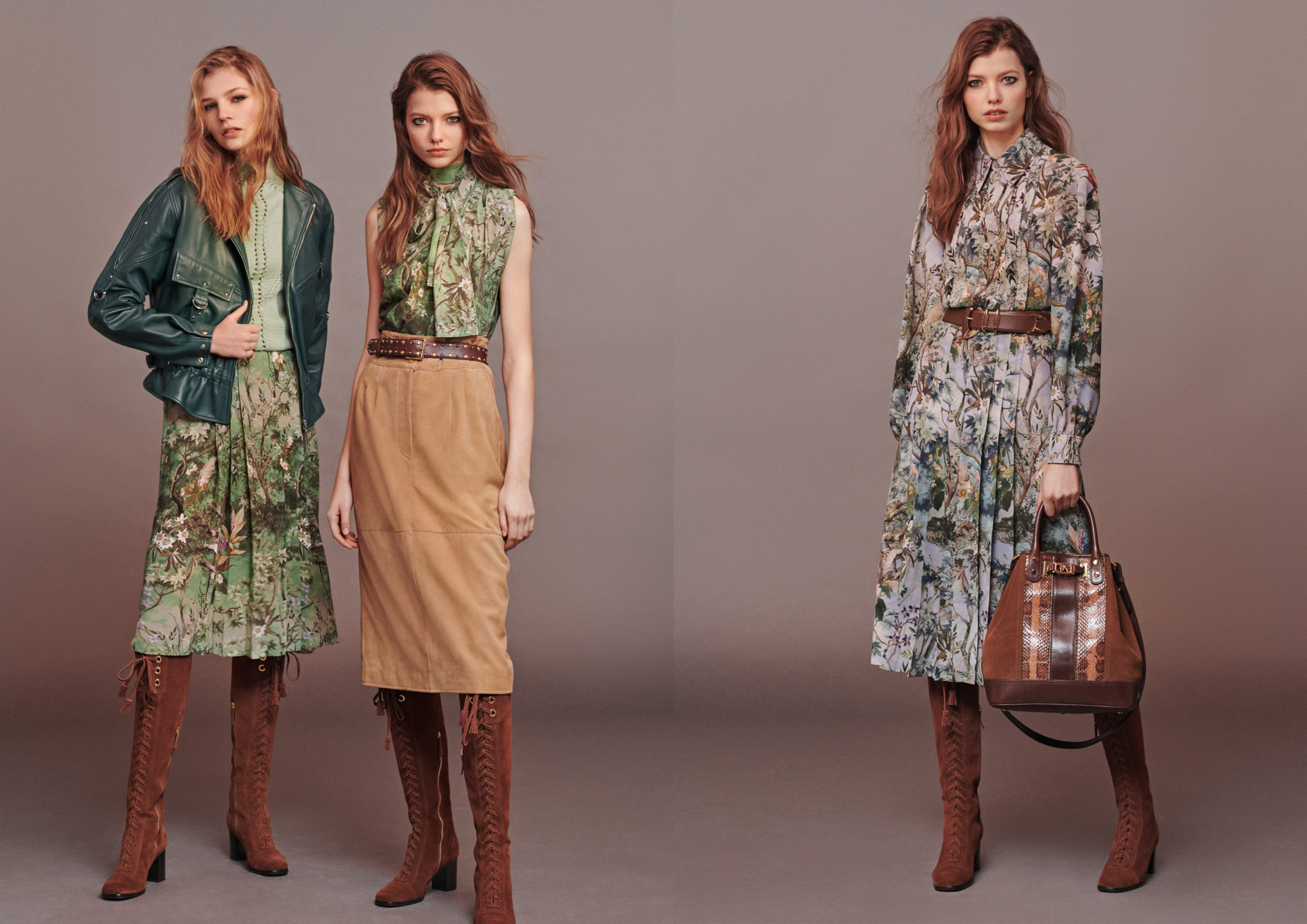 Florals accentuated with lines and artistic aesthetics. The motifs appear larger, in patterns well arranged with fluidity and movement. In addition to the elegant patterns, the florals appear located or in bars well arranged in the broadest pieces.
The palette is composed of colors like navy, orange and red. 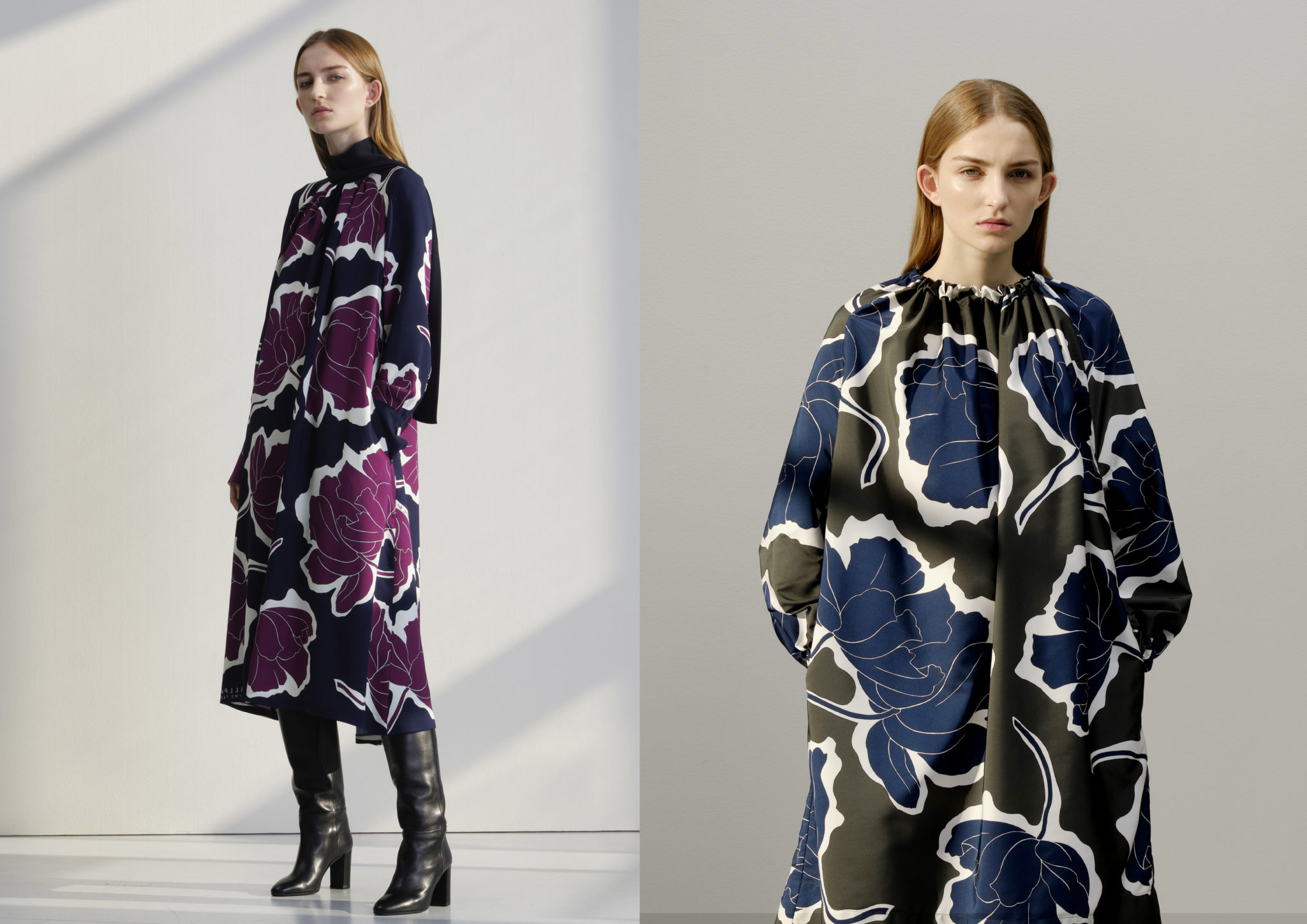 A. Teodoro in P/F 20 drew attention with the robust florals and his color palette composed of military blue and green with white outlines. 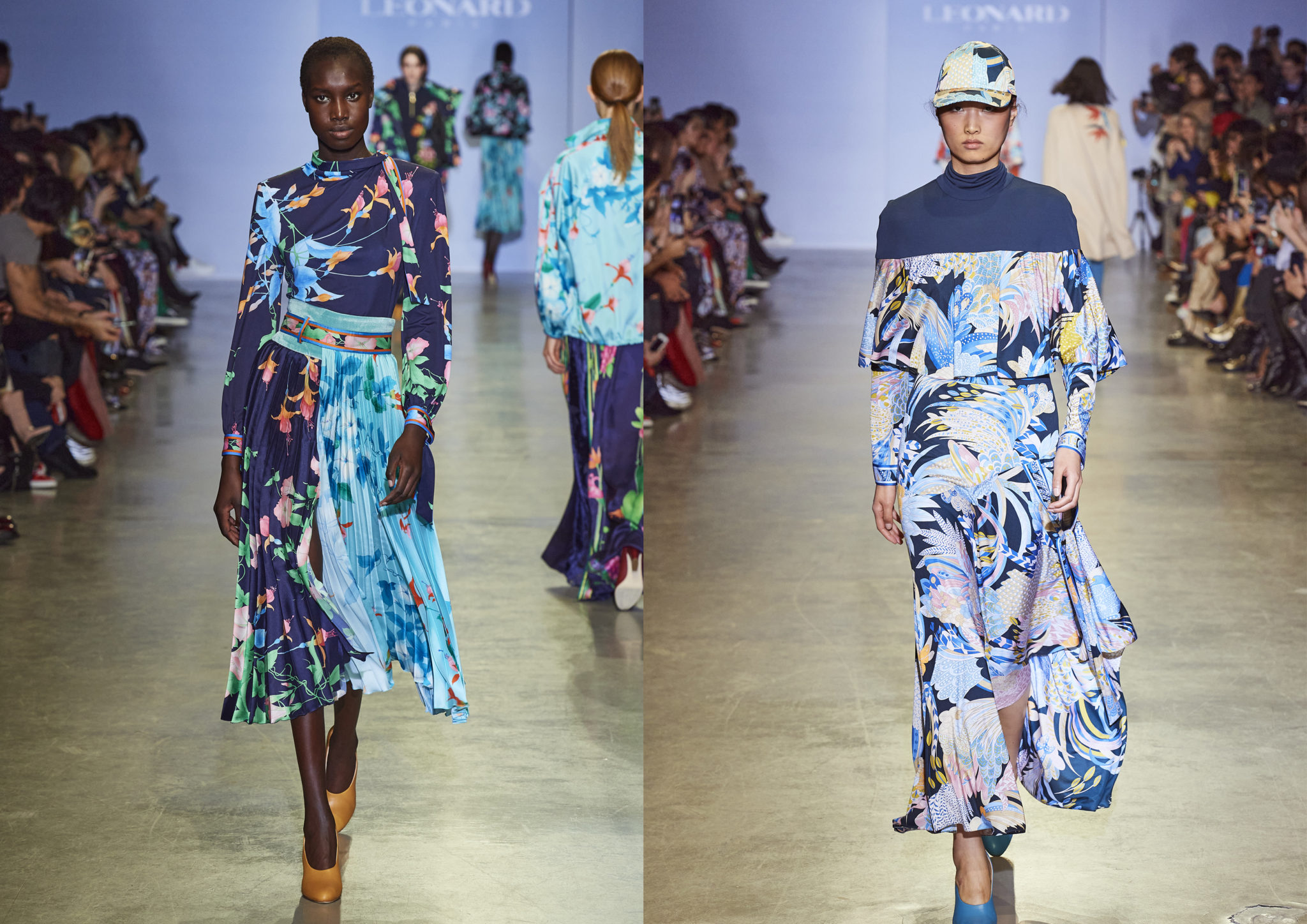 Leonard A / W 20 brought fresh botanical floral prints printed on silk. The patterns with vibrant feathers and leaves also attracted attention.
The palette is composed of vibrant colors, such as blue, orange and yellow. In the background, the animal print patterns broke the romanticism a little and gave a modern touch to the looks.

PrevPreviousOversized Floral
NextWell-being, comfort and protection as a trend for 20/21Next 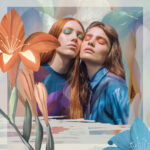 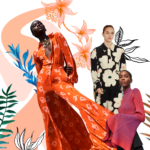 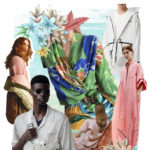 Well-being, comfort and protection as a trend for 20/21